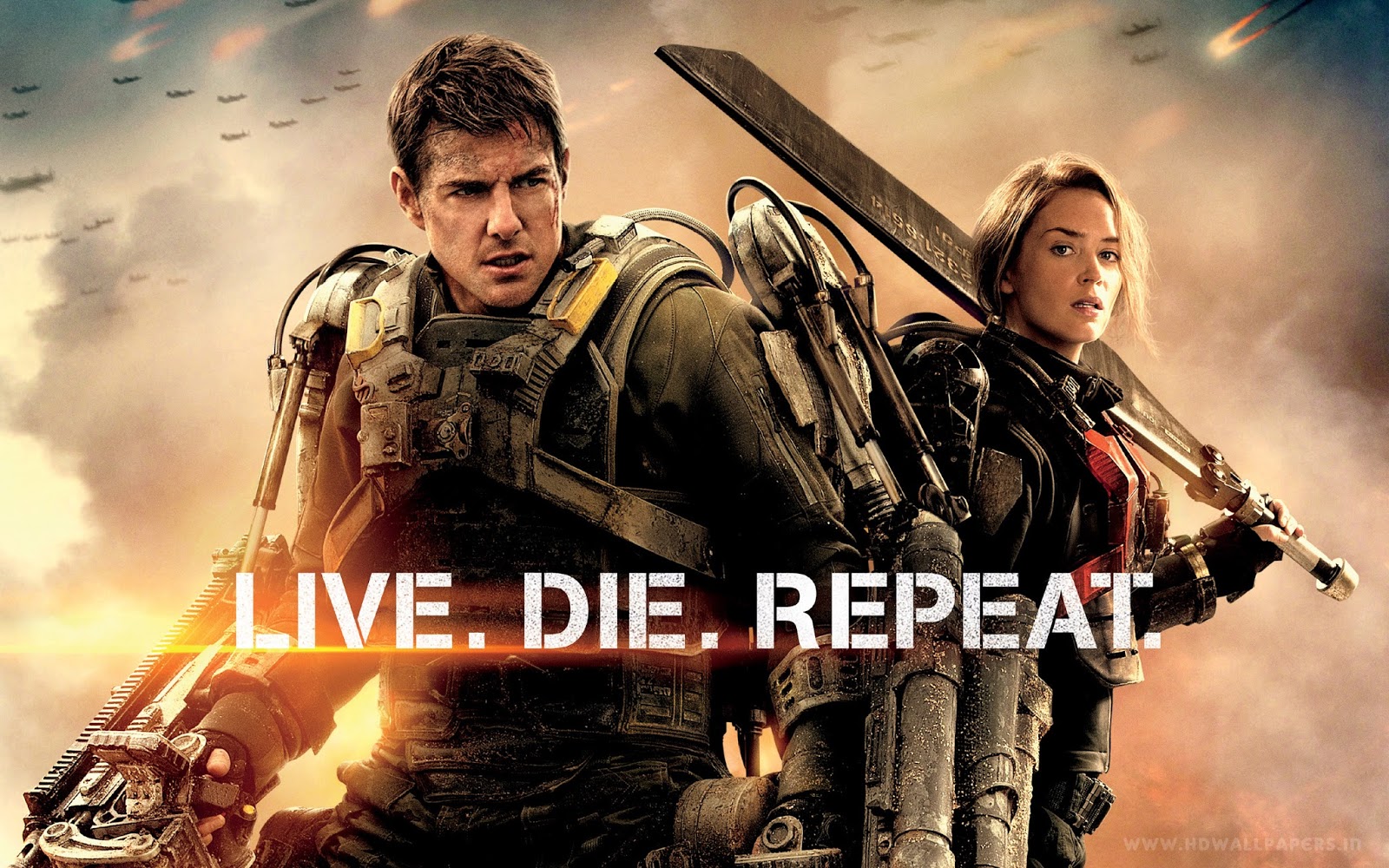 All You Need Is Kill by Japanese novelist, Hiroshi Sakurazaka has been adapted and directed by Doug Limar. Even I have to admit that I wasn’t expected Edge of Tomorrow to be as good as it was.
Like you, I’ve been bombarded with the usual and arguably prosaic Hollywood movies including CGI overkill Transformers 3, Godzilla and the Dawn of the Planet of Apes. The list goes on and there isn’t enough time to watch all of them.

If there were ever a reason to celebrate the need for reviewers and film critics, here would be the perfect opportunity. If it wasn’t for the movie rating system we wouldn’t be able to decide which films to spend our money on.
Academy Award winning actor, Tom Cruise as Major William Cage presents similar character traits reminiscent of the character he played in the 2005 film, War of the World.
Yet, again it’s regarding a man’s struggle to survive in the face of an alien invasion, but the composition and flow of the film is spectacularly different – it’s far from predictable, which is possibly why it has done successfully well in the box office.
Cage is far from an Ethan Hunt, who Cruise flaunts about in Mission Impossible as the secret agent with super athletic abilities. In fact, Cruise does his own stunts in Edge of Tomorrow and portrays Cage to be far more vulnerable and unskilled.
This is perhaps the allure of Cage’s personality; his humbleness is honourable. As a viewer, watching a protagonist fail so many times and develop his abilities every time he falls is inspirational.
Emily Blunt, famous for her appearance in The Devil Wears Prada is Rita Vrataski: the feminist warrior in the film and there’s no dramatic love story between her and Cage.
She is introduced much more stronger in military action and emotionally colder and shut off.
The emphasis is on their partnership and aim to save the world from the octopus slivering bastards or Mimics as they are called. As oppose to any sloppy fornication or sub-plot diversions, the story line remains consistent.
So, what’s so different about this film and why has it been getting such good reviews? Well, for a start the film isn’t exactly a simple beginning, middle and end.
Edge of Tomorrow it is an unassuming cyclical plot that replays the reality of Cage again and again, which throws an audience off the course as if it were Ground Hog Dog (1993) and more recently, Source Code (2011) where we are exposed to the protagonist’s woe of facing the same day repeatedly.
Like Jake Gyllenhaal in Source Code, Cage learns from his experience each time he re-visits the past and attempts to improve the future.
The script itself is also straightforward. There isn’t one line in the script that is out of place or irrelevant. It seems that Liman got it right.
The movie has a lot of special effects – of course- however, it isn’t at the expense of destroying the overall visuals of the movie or reducing it into a Pixar mania. What’s deeply penetrating is the way Cage exhibits various emotions like nostalgia, hope, perseverance and loss.
There is also one entirely uniform focus, which doesn’t leap from several unconnected genres. There is only one genre and that’s pretty much spells out Military Sci-Fi thriller. There isn’t any trivial lines or unnecessary slapstick clichés to belittle the quality of the film either.
The film is engaging and has some mystical way of keeping an audience’s attention and eyes on the screen. There really isn’t much opportunity to reflect on life outside the cinema as you’ll find yourself – like I did – fully imbued in the film.

Fifty Shades of Bland aka…

The Hobbit: The Battle of…