Nowadays it’s hard to find anyone who will say that they don’t like the internet. Just think about how much has been achieved because of it. Electronic Superhighway is a new exhibition currently showing at the Whitechapel gallery that amalgamates internet art in a clever retrospective, though visually there is nothing structured about it, and that’s mainly because it’s an explosion of multiple mediums. It delves deep into how artists have adopted and critiqued technology for the last six decades and provides a narrative of technology in human history. There are various bits and pieces: monitors, paintings, intimate objects, manipulated images, noises, selfies, and strange digital paraphernalia that demonstrate the impact of digital art. 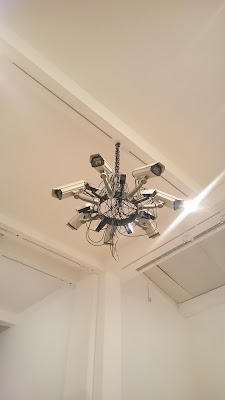 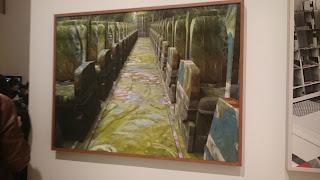 Starting from the 1960s, the exhibition takes you into a field of digital bombardment – heavy images and video footage from a cacophony of monitors by Nam June Paik; it illustrates the mass consumption of television gone into hyperdrive. There are a range of prototypes of modern computers and motherboards on display as well – let’s not forget this was the same time the Beatles became number one in the music charts!

Then the 1970s came along with its release of floppy disks and the unveiling of the first Apple computer by Steve Jobs and Steve Wozniak. Here the exhibition leads you on to the first interactive artwork which gives spectators a taste of the claustrophobic and isolating effect of television. This is depicted through Lyn Hershman Leeson’s 1979-82 video installation, Lorna, which observes the behaviour of a agoraphobic woman dolling herself up in her small apartment. You can flip between channels and see various sequences of her life but the strange part about it is that you’re sat in her apartment – she could come in and shoot you anytime!

The 1980s saw the making of Microsoft Windows in 1985 and Apple’s first graphical user interface (GUI). This brought colour and animated imagery into the digital world. Playing with the idea of reality, and things not looking as they seem, is leading figure of optical and kinetic movements, Peter Sedgley with his simple yet effective paintings of fuzzy concentric circles. They are brightly lit, change colour and distort the way you see it every time you look. 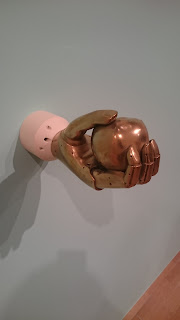 The internet came into fruition by the 1990s, or the world wide web as it was called then; in 1993 there were just over 600 websites. Rafael Lozano-Hemmer felt the tensions of a Big Brother-style surveillance strategy happening online, which he encapsulated through ‘Surface Tension’, an interactive installation where a large eye follows you around the room.

The 2000s introduced the dotcom bubble where Facebook and more, and more, social network sites dominated our personal lives, while 2010s opened the door to the selfie, digital natives, narcissism and alienation. Amalia Ulman instills this dimension of fakeness through uploads of her digital form on instagram in her work, ‘performance, excellences and perfections’. 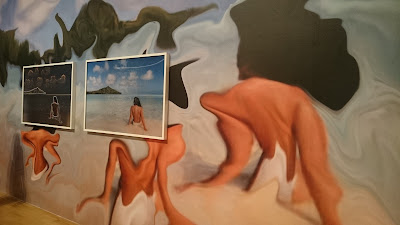 Taking the internet into our private lives is Celia Hempton’s paintings where she tasked herself with quickly painting the users she spoke to – mostly naked people – in online chat rooms. These obscure thick brush stokes depict dark, salacious images including a man touching himself, two naked men and another of a guy’s arm. Visually striking and hypnotising is Douglas Coupland’s geometric forms and shapes, which are similar to online avatars which disguise people from who they are really are, and release some coded energy.

The digital world has spilled into our daily movements and Evan Roth analyses this through Self Portrait: July 17, 2012 – a massive paper roll of images he found in a day’s worth of online browsing. At the same time as looking as this piece, you begin to realise how many photographs you’ve taken on your phone or the amount of times you’ve clicked on a website on that day – think about all of that data! 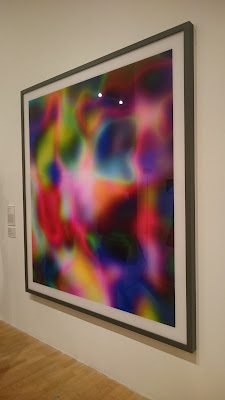 Electronic Superhighway only shows a very small part of digital history, yet it contains a multitude of pertinent snapshots and offers some food for thought.  The digital has taken over our life; we can find a partner, order breakfast, communicate visually with our relatives on the other side of the world and so much more, and it’s hard to switch off. The exhibition has a lot of material and there’s plenty to take in. Yet the main aim is for the spectator to observe how we experience the world compared to the past and what the digital possibilities are moving forward – this is only the beginning.

Exhibition is showing until open now until the 15th May, 2016. Click here for more information.

Click here for my coverage of Painting the Modern Garden: Monet to Matisse at the Royal Academy, London (Here)

Click here for photos of last year’s exhibition of Pleasure and Pain at the V & A and more opera and art reviews featured on CultureVulture.net (here)

Jonas Kaufmann: Under The Stars…