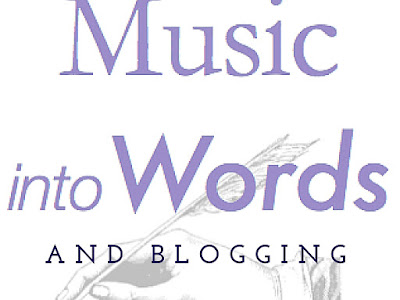 Last night’s event at the Senate House sparked great conversation and debate on writing about classical music.  Frances Wilson, pianist, classical music reviewer and blogger, chaired the event whilst making an invaluable contribution to the Q & A session at the end. (She also made sure the event ran smoothly.) I spoke as a panellist alongside Simon Brackenborough (founder and editor of Corymbus.co.uk), Jessica Duchen (music journalist at the Independent) and classical music blogger) and Imogen Tilden (commissioning music editor at the Guardian).

Simon, Jessica and I gave brief talks to set the tone of the event by sharing our own experience of writing about music, and it was interesting to discover that our inspirations began very early on. 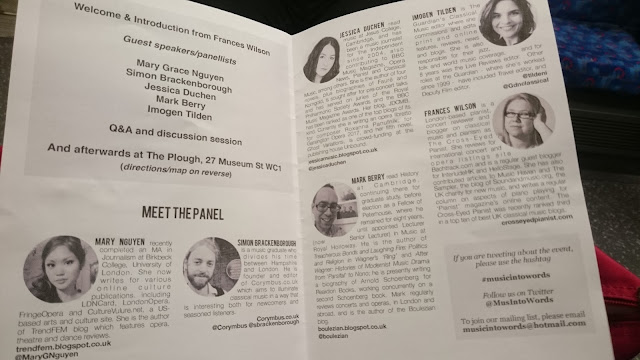 He also brought up the point about bloggers not being paid for what they write about. This only stresses why we bloggers continue to do what we do – for the love of blogging and writing about what we are passionate about. 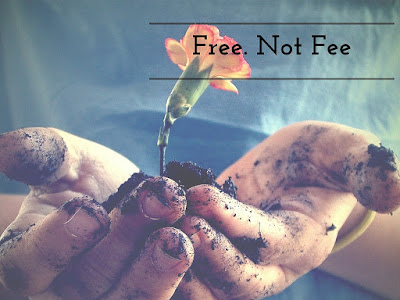 Another point raised, which I also discussed in my talk, was that bloggers are not bogged down to anyone’s editorial policy and we have the freedom to write as we please, and set our own rules. He also highlighted the most obvious thing, which we sometimes forget, in that music is a powerful force in our lives  – it ‘grounds’ us and is, perhaps, another significant reason why we should talk, write and blog more about it.

In my presentation, I glanced over the newspaper and print landscape and how they spend more time writing about concerts and operas by ‘the big names’, leaving behind new and up-and-coming artists and small-scale productions. For whatever reason(s), these major tabloids may have for not covering them, I argued that this was where bloggers could fill the void.

Glossing over my background in classical music (or lack of), it brought me onto my point about not using technical jargon or music terminology in my blog – deliberately. I simply don’t understand it, plus my blog is geared towards engaging new audiences to opera or classical music. Bombarding them with specialists language would put them off.

I also spoke about why I wrote honest reviews in my blog (both positive and negative) even if I am offered a complimentary ticket to see a performance. There’s this misconception that bloggers have special relationship with PRs and performers and that they are promised free tickets to write a positive review of their show. For me, that’s entirely false. Then, I voiced how the characteristics of blogging are very similar to journalism in that they still need to have the knowledge, the ability to research and skills to build a consistent voice – in essence, blogging was a bit of a training ground for future journalists.

Moving onto Jessica, she spoke about how her background as a journalist and the driving forces behind her writing which stemmed from her desire to ‘capture and preserve the miraculous effect’ of music. Speaking as a professional music journalist, she felt incredibly lucky to be where she was, doing what she does, like interviewing her favourite musicians.

Moving onto her blogging experience, she addressed the impact the internet has had on music writer’s reach and that sharing passion and knowledge on classical music was making a huge impact. She also listed some interesting features of blogging including how personal, informal, immediate and spontaneous it was, as part of our culture of ‘instant gratification’. She also made an insightful point about the pernicious idea that classical music was elitist and that it was down to bloggers to change the discourse.

Tilden briefly spoke about her position in the Guardian and illuminated the limitations and pressures of writing about music compared to the past, such as considering of the word count, the set number of articles and reviews they‘re allowed to publish – mostly online – and other various financial cuts.

There were some interesting questions asked by the audience in the Q & A session:

There were many more questions asked and I’m afraid that I can’t remember all of them, but please feel free to note them down below.

This lively Q & A session and its inquisitive audience helped drive an ongoing dialogue that will continue to fascinate people.

I’d like to thank Frances, Simon, Mark Berry (who was expected to speak but had to pull out last moment), Tilden, Jessica, Senate House and the audience for making the event completely worthwhile.  Keep on blogging, keep on writing and keep on loving classical music!