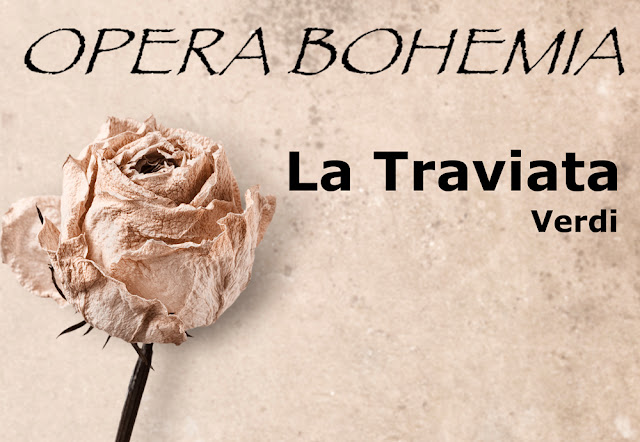 La Traviata is Opera Bohemia’s seventh production and for the first time they are performing a work by Verdi. The independent opera company has been touring around Scotland ever since July and last night they performed at the Edinburgh Fringe Festival in St Cuthbert’s Church.

There’s no denying the vitality of music in La Traviata – based on the story that has inspired films including Pretty Woman and Moulin Rouge – which explains why the venue had packed out. Music Director Alistair Diggs has a way of conducting, which is almost like a performance in itself. He gave clear instructions where the ensemble of musicians followed, giving a refined performance and gravitating the music towards a more poetic and highly structured tone. The pace was neither fussy or rushed.

Catriona Clark is a starry diva as Violetta – the courtesan who dies of consumption. Clark is a vocal lecturer and consultant, outside of her opera singing, which speaks volumes about her own abilities, which is supremely impressive. Her ability to move up and down scales with little effort, or at least what seems like little effort, is astounding. Her performance of sempre libera was thrilling and had audiences gleefully bouncing to and fro in their seats. She also engages with the text and presents an excellent understanding of Violetta’s disposition, making her performance a memorable one I’d happily see again.

Together with Alfredo, performed by Thomas Kinch, they convince the audience of a true romance. His characterisation is confident and fresh, and he sings with clear Italian and warmth to suit. Aaron McAuley as Giorgio Germont combines all those anti-hero characteristics one would expect from a selfish father. Yet McAuley pays special attention to Germont’s better qualities in the last few acts. His voice is also rich and his duets with Clark in act II are pivotal.

This La Traviata sparkles with great voices, sentimentality, and thoughtfulness. Even the detailed staging by Director Doughlas Nairne, is carefully managed, which changes in each act. It seems as if Opera Bohemia has covered every corner of their production, and what was performed in a small church seems as rich as an opera staged in a grand opera house.

Opera Bohemia is no longer showing La Traviata at Edinburgh Fringe but will be at Old Kirk, Kirkcaldy on 27th August and in St John’s-Renflield Church, Glasgow on 28th August. Click here for their website with more information.