‘I have five hours of sleep. I wake up very early, pumped with adrenaline. Sometimes I have arias stuck in my head.’ I am on the phone with Nina Brazier, one of Britain’s leading young directors of opera, and she tells me about her experience preparing in rehearsals for the new production of The Garden of Disguises (La Finta Giardiniera) at Ryedale Festival Opera. ‘Mozart was so young when he wrote the opera. It’s light-hearted, suits youthful voices and works well with a young cast.’

I have five hours of sleep. I wake up very early, pumped with adrenaline. Sometimes I have arias stuck in my head.

To explain what happens in Mozart’s opera La Finta Giardiniera in one sentence would be almost impossible, and that’s just typical for most operas composed by Mozart. Think Cosi Fan Tutte or The Marriage of Figaro. Don Anchise is in love with Marchioness Violante Onesti, who is disguised as a low-class gardener called Sandrina. Secretly she is in love with Count Belfiore who was in love with Violante but is now in love with Arminda, who was in love with Cavaliere Ramiro. Don Anchise’s servant Serpetta is in love with him while Roberto loves her, pretending to be her servant Nardo. (Phew!) So, there you have it. Imagine directing a crazy plot like that, where everyone falls in love with one another and try to conceal their true identities, for the stage. For any opera director, this is no mean feat.

Mozart was so young when he wrote La Finta Giardiniera. It’s light-hearted, suits youthful voices and works well with a young cast.

Whilst mastering German and taking as many breaks outside of the rehearsal room, like fleeting escapes to Paris for the weekend, Nina flies back and forth, from Frankfurt to the UK, for various projects. I recall how enthusiastic Nina was when I first spoke to her back in 2015 when she was directing La bohème for Clapham Opera Festival, and it seemed that she, still, had the same energy and passion for directing great operas with young and diverse artists as she did back then. (Interview here.) Speaking to her I felt slightly guilty for not knowing about the Ryedale Festival, but, of course, that’s because it takes place up north, in North Yorkshire. (I really should get out more.)

Just past 9 pm, Nina was calling me from the North after many hours of rehearsing. ‘We have a time, place, setting and structure prepared before we begin rehearsals. I share as much as information as possible with the singers, so they have a feeling of the period and the status of the characters.’ ‘Our conductor Eamonn Dougan is busy with the singers. He is really good at drawing out the best from them, working hard, coaching them and making sure they all well-prepared. We are coming to our last week now – the last stretch before we go on…’ With the unique Orchestra of the Age of Enlightenment Ensemble, seven soloists, some still students while others are further in their opera career, Nina sounded confident, and ‘lucky’, that she was working with a great group of singers and musicians. ‘Some are just coming out of college, like Harry Thatcher. He is graduating on Friday while some are further along in their career like Alice Privet. She’s been singing at Opera Holland Park in La Rondine. We’ve also got Anna Harvey covering Orlofsky at Welsh National Opera (WNO), and a local singer Clare Tunney [who] is so driven and sophisticated. It all evens out.’

Some [singers] are just coming out of college

Tonight, Nina was particularly keen to talk to me about another significant member of the production she enjoys working with and that’s the stage and costume designer, Laura Stanfield. Laura has previously worked on projects with the British Youth Opera (BYO) and most recently with Nina for Opera Scenes at the Royal College of Music this year. ‘I sent Laura a synopsis of all the characters and some ideas on how they could be clothed. She then took my ideas and made them a thousand times better with the tidbits of information I gave her, [including] information on their status and background. We have a small budget, so no big moving sets. It is a simple set, but her costumes bring it to life in a vivid way. I like the way she took what I gave her and that she ran away with it. That’s what makes her fantastic and enjoyable to work with. She has gone beyond the call of duty.’

As a member of the audience, I’ve always been curious about the designer and director relationship and how it works. So I asked Nina about it, ‘is it 60/40 or 50/50?’ and she replied back with a fascinating answer. ‘I would say it is a 50/50 collaboration, which I try to bring into the rehearsal room [as well as] the costumes. I guess theoretically the director would have the final say on how they wanted it, but I would always expect it to be a collaboration and a dialogue. I know it sounds very egalitarian, but this is how I work best. I’ve been lucky that I’ve had a good relationship with all of the designers I’ve worked with. I’m a big collaborator and am big on finding solutions. Interestingly enough, when I was thinking about the opera, I was thinking of a different direction. I was thinking about Land Girls during the Second World War, the idea of Sandrina going undercover and reinventing herself in war times, but I was completely won over by Laura’s idea and the way she described it to me. She said the Land Girls’ idea would come up with a couple of problems. Laura seemed like she had really thought about it through and through.’

Nina was kind enough to provide me with vivid costume details, currently, when the opera hadn’t premiered yet. ‘Laura’s design elements play a huge part in the production. Arminda has this case, you see, so when she drops the case down, it becomes an inbuilt part of her character. She also has a cape, which she flings off her shoulders. All of Laura’s ideas feed into this.’

For this production, Nina and Laura have set La Finta Giardiniera (The Garden of Disguises) in the 1930s with major influences from the 1999 film Tea with Mussolini. Inspired by the pre-war scenes, similar designs which actresses Judi Dench, Maggie Smith and Cher wore in the film can be seen on the characters from Arminda, Ramiro to Nardo. ‘It was a time when the English were comfortable and happy abroad. Much like the film, we wanted to keep it lighthearted. Brits abroad, who believe they deserve everything; the best service and the best houses. That sense of entitlement, I suppose.’

I would say it is a 50/50 collaboration, which I try to bring into the rehearsal room [as well as] the costumes.

Mozart cleverly wrote different music styles for each of the characters. Whilst encompassing the character’s temperaments and personalities, he also considered their social status and La Finta Giardiniera is all about social class. This is where Tea with Mussolini and 1930s’ ex-pats come to life. ‘Here, there’s a difference between people who have money and don’t have money within the aristocracy. We played around with the status of the characters. The slightly dramatic character is played by Cher, [whose] American, dripping with pearls and wears amazing outfits. She is seen through Arminda with a leisure outfit and really dramatic dresses. She struts in and flings her case down. She has Serpetta, who is almost like a servant character, except she is playing a bit of a PA role within the household. So Arminda comes in and expects Serpetta to run around, yet Serpetta feels above it all.’

Nina shall be back in London for Tete a Tete: The Opera Festival 2017 for a collaboratory piece with the Hermes Experiment of Shakespeare’s The Winter’s Tale. More information can be found here.

ALL BLACK LIVES MATTER🌸🎶🎭 22 hours ago 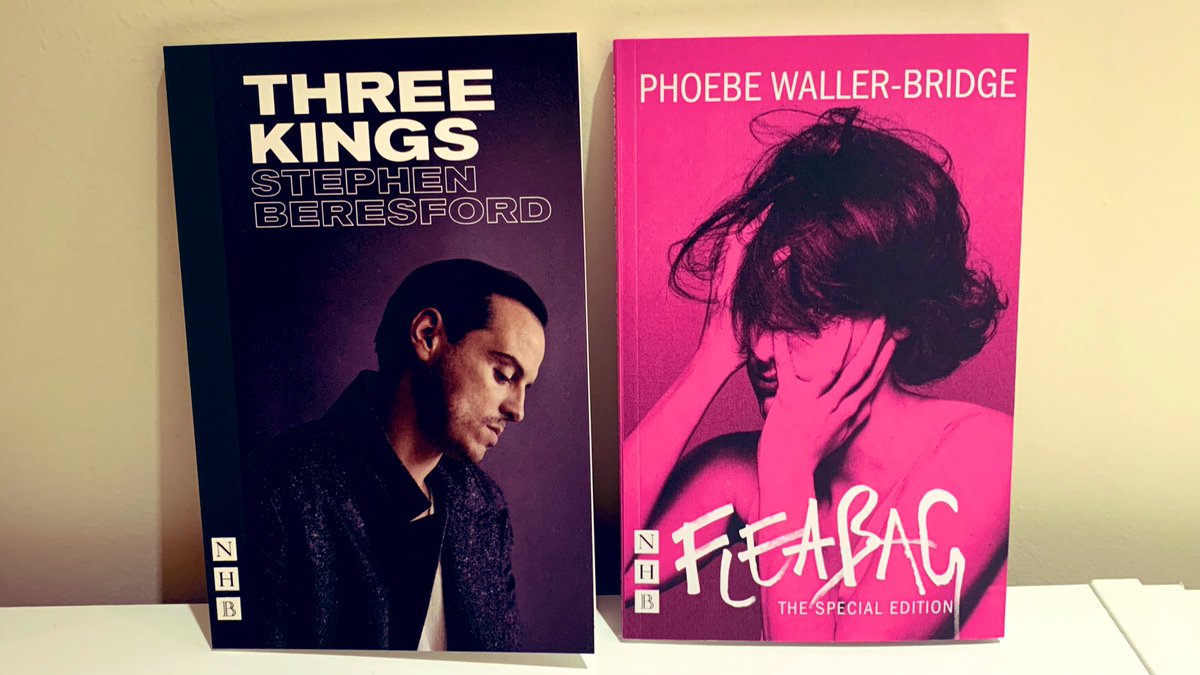 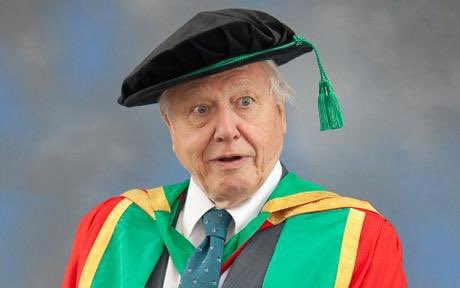 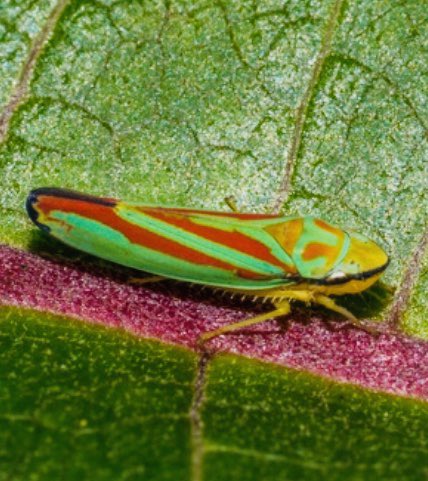