What does opera mean to you?

The world is a madhouse!  More so now than at any time I have been conscious of it.  The political events unfolding in this country (with no apparently credible opposition) could risk the hard won unity of the UK – a sort of Risorgimento in reverse!  Elsewhere the headlong race for globalization, free movement of trade and labour has been slammed into reverse gear with walls, physical, political and economic, going up in their place.   On a human level we see a million individual tragedies; victims of war, economic hardship and an increasingly worrying trend for ‘microwaving cold war left-overs’ such as nuclear weapons proliferation. There’s an intensifying of social division; racism and sexism, crime, financial meltdown and unchecked man-made environmental disaster.  As individuals we sometimes repeat our mistakes, but when the follies of our politicians are repeated generation after generation we need to be on our guard, especially when they seek to manipulate agendas through bigger and badder forms of mass communication.  The huge benefits of scientific and technical innovation to mankind also carry a vast price and responsibility and the downside is not always considered.

Opera and the arts related to it allows us to re-connect emotionally and spiritually to individual human stories and events with historic, multi-cultural, insights and wisdom.  At the same time it can also satirize and ridicule and just laugh at the absurdity of it all, where religion may be found lacking.  It also has some very good tunes!

What is the ethos/aims behind Instant Opera?

The ethos is to challenge and delight our audiences with bold and original ‘takes’ on classic repertoire fully staged in a theatre and performed to the highest possible standard.  We also aspire to connect with new audiences, particularly young audiences.  This has never been so vital in this multimedia ‘content’ saturated age.  Our job is done here when you can see children starting to appreciate opera for what it is; the very source of multimedia arts and entertainment and much else – virtual reality indeed.  Jaws drop open.. it is incredibly gratifying to be there when that penny drops!

Our aim, at the moment, is to produce one new fully staged production, plus a revival of it, per year.   We then produce school friendly versions, performed with a narrator and dialogue for children and a second ‘adult’ version for older kids and their parents in the evening.  In addition to this we host themed Opera Galas partnering where possible with diverse communities such as the London Korean Choral Society.

When did you know you were in love with opera and classical music?

As a toddler I discovered the ‘play’ button on a valve reel-to-reel tape recorder at home.  Hitting ‘play’ at first produced various delights from Le Nozze di Figaro, which left me utterly transfixed and electrified, as it still does today.  Once I had learnt to spool up the machine, other operas and cornerstones of classical and 20th century music followed.  Aside from some French folk songs, there was no rock/ pop on offer, but, in later life (as a teenager), I modified the same valve tape recorder into a deafening electric guitar amplifier.  Later still, I founded a business supplying professional multi-track tape recorders and related equipment to just about any recording artist you would care to mention – so you can see what a Pavlovian effect first hearing opera on a tape recorder had!
Another defining moment was being first taken to see an opera a few years later.  This introduced the visual element which somehow confirmed what was going on in my head when listening to the recordings.  I also could not believe that the artists performing on stage were the same singers that I had been listening to on the tape at home.  Magical!

When you are in the rehearsal room, what’s the general buzz like with the other performers in the production?

Any community opera enterprise is an exponential sum of the talent, hard work and generosity of everyone – in our case, up to 50+ people – involved.  We are fortunate to work with some very talented and generous artists, not least those who build scenery, create amazing artwork and some incredible orchestral musicians. The ‘buzz’ emanating from this talent is always inspiring, usually harmonious and increases in amplitude the nearer we get to the performance – especially with the challenging timescales we often work with!  Directorially we are fortunate to work with some serious up-and-coming talent, for example; Oliver Till, Conductor and Repetiteur and João Carvalho Aboim a Stage Director from Maggio Musicale in Florence, who fit us in their busy schedules – we’re a good team which has gone from strength to strength.

What kind of challenges have you faced performing and directing Instant Opera productions?

Many! Our productions are quite cinematic and there are big technical challenges in working in a living museum like Normansfield Theatre.  We have to work with and around the antique scenery and, during one performance, a long suffering Victorian ‘rope and gravity’ pulley mechanism frayed and snapped, bringing the curtain crashing down.  Fortunately this happened at the end of Don Giovanni!  To solve the challenges, we create new scenery, orchestra pits, fold-back and radio communications between stage management and lighting.  In our recent new production of Cosi fan tutte, I had this crazy idea of having one scene set in a steamy Turkish Hammam bath.  It required a lot of discussion, but in the end we all said “Why not?” and got it built just in time for the performances… It was worth it!

How do you prepare as a singer before a show? (Singing exercises, yoga, etc.)

I’d love to say “all of the above”, but, when artistically directing/ producing shows too, I’m lucky to chew a wine gum, take a swig of water and ‘go on’. Not ideal, I know!

What would you say is your most happiest moments in your opera career, so far?

Aside from a good performance itself, it’s when the production concept for an opera you have been working on for months starts to grow and evolve in rehearsal and take on a life of its own.  Then you actually start to believe that the audience will enjoy it too.  It’s also great when the kids ‘get it’ in school performances which reminds me of my own experiences.  Finally when everyone’s hard work is rewarded with positive audience feedback and good reviews, that is very special:  TrendFEM Don Giovanni review: http://trendfem.com/2018/05/don-giovanni-normansfield-theatre-2018/

Is Mozart your favourite composer or do you have other favourite composers you enjoy directing/performing for?
For opera, Mozart’s collaborations with Da Ponte are, for me, are the pinnacle and we have now staged all three of them which has been quite a journey.  I have an unlimited appetite for these incredible works, which is quite important when you are rehearsing them every weekend in intense 20 hour shifts!  Among other things, there is so much detail from a staging point of view and they really need to be done in Italian.  That said, I love and revere a huge variety of repertoire, although it took me a bit of time to get around to bel-canto.  I had to become a singer myself to fully appreciate some of these works, but now I sit there in rapt attention and awe like the rest of us.

London is a unique hot-bed of fringe and community opera, although I’m told other cities like Berlin are doing great things too.  As I started out as a singer performing in this ‘nursery’ with no aspirations to produce and direct opera.  It is an incredibly valuable opportunity to learn your stuff, plug yourself into the network and learn the ropes.  Aside from the fringe scene, ‘country house opera’ also appears to continue thrive and grow – if anyone has a spare country house theatre or barn and wants to fill it with beautiful music, please let me know! .

If you had any advice for anyone who wanted to start their career in the opera industry and what are Instant Opera’s future plans?

You can ‘take liberties’ in the production concept of opera, but never in the musical and technical skills required to perform them, which are rigorous and time demanding.  Opera is not for the faint hearted!  I would say the first important thing is to work with singing teachers who are both masters of their art and inspiring to work with.  Next, because opera is also a visual art form you need stage time to develop your craft, most of which is learning to work with others, so get busy with community opera groups and courses.  Finally, stick at it.  It isn’t ‘The X Factor’ so don’t expect overnight success and be prepared for some people’s eyes to glaze over when you answer questions about what you do and then ask you if you’ve seen ‘Cats’!

Plans for INSTANT OPERA next year will soon be revealed on our new website (www.instantopera.co.uk), including a brand new production and galas.  We also have our wonderful existing repertory ‘products’ in Don Giovanni and Cosi fan tutte to revive in various spaces and festivals – so please watch this space!

📢Arts #freelancers did you know there are a couple of places you can still apply for emergency funding? and some that may reopen and are worth keeping an eye on (thread) Retweeted by ALL BLACK LIVES MATTER🌸🎶🎭

ALL BLACK LIVES MATTER🌸🎶🎭 2 days ago

Just arrived at Stuttgart hotel. All the sudden, I feel sad. 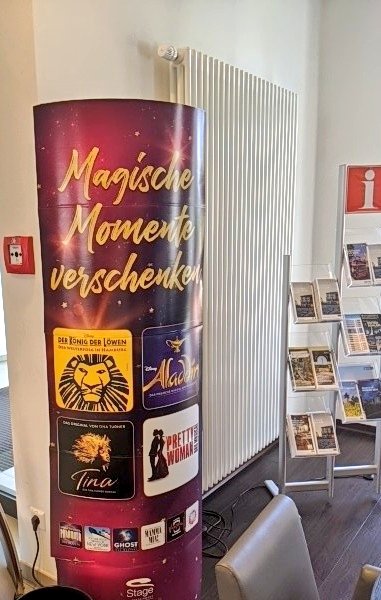 ALL BLACK LIVES MATTER🌸🎶🎭 2 days ago

Guten Morgen, 🌄⛰️☀️ This is what Bavaria looks like at 6am on the autobahn. 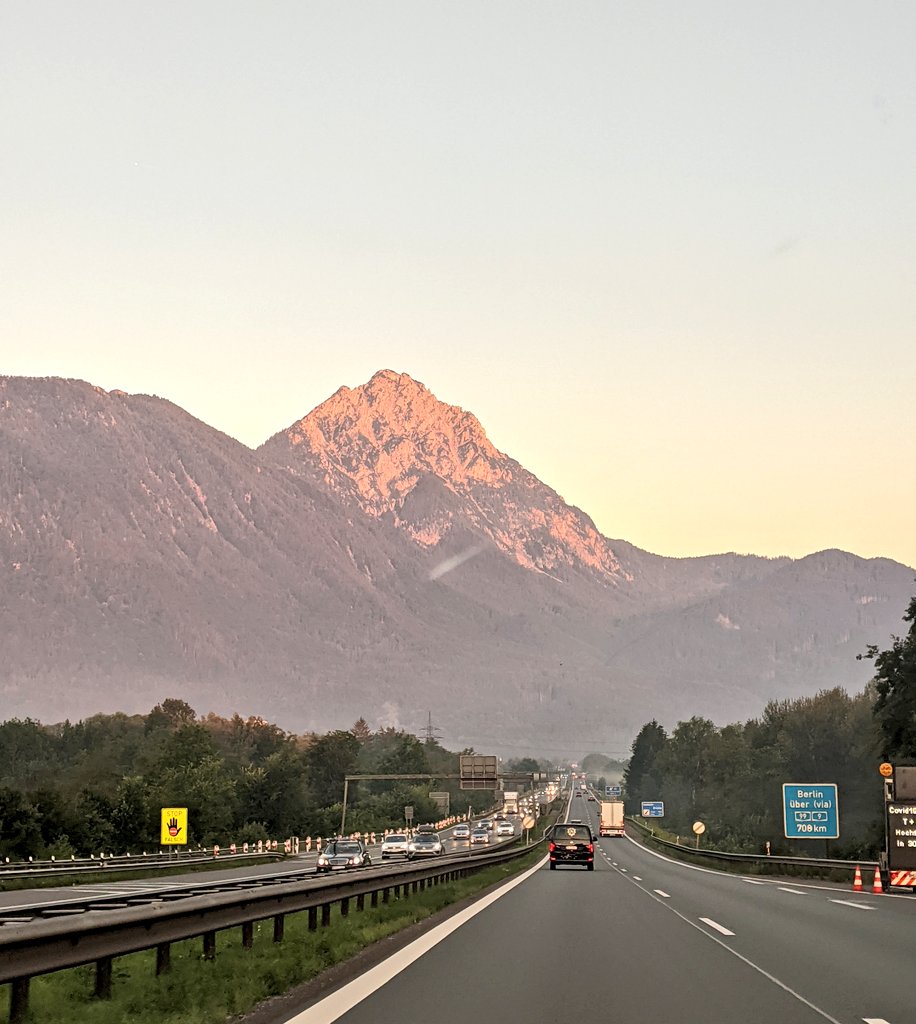 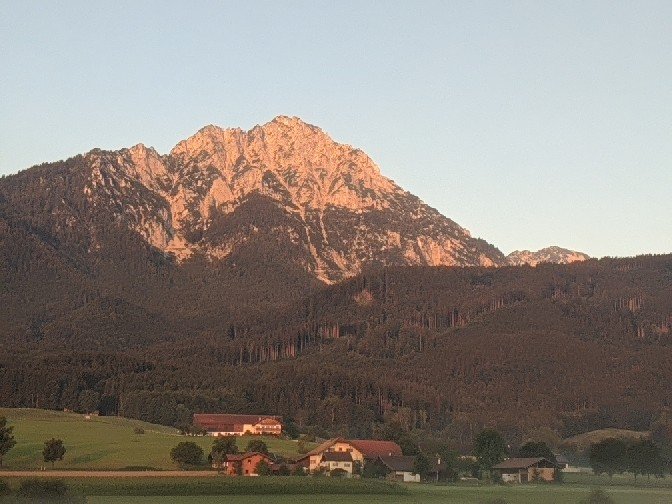 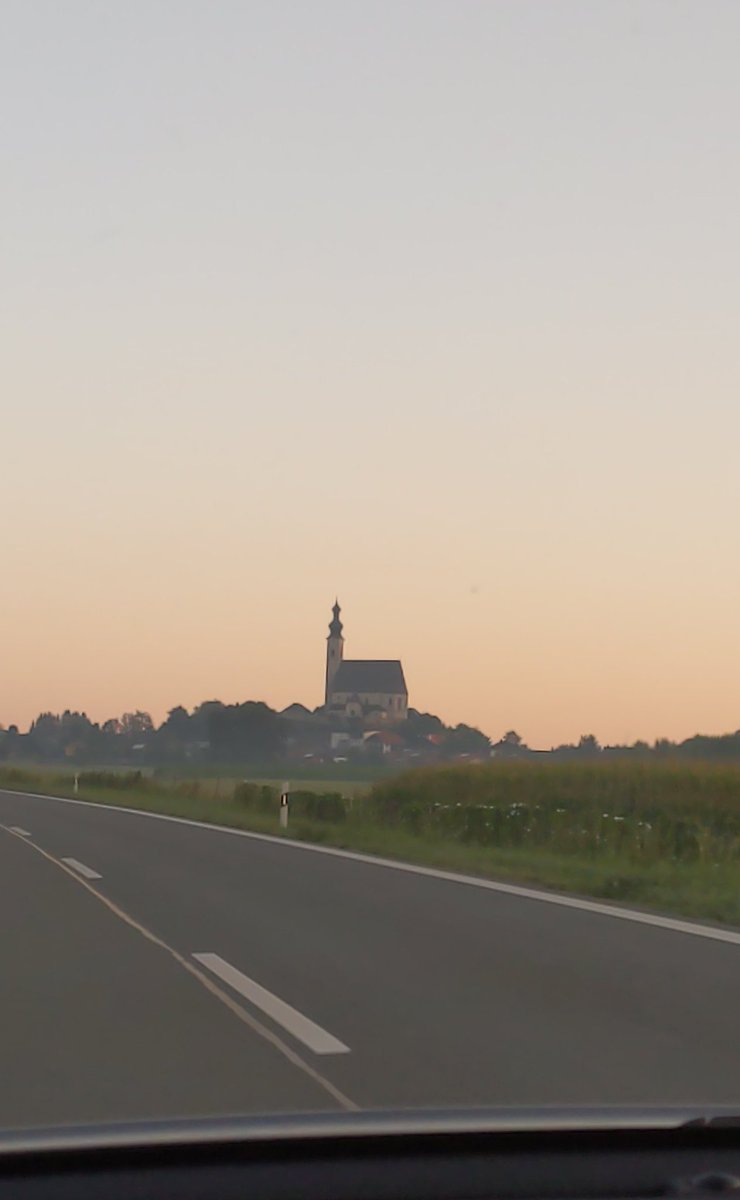 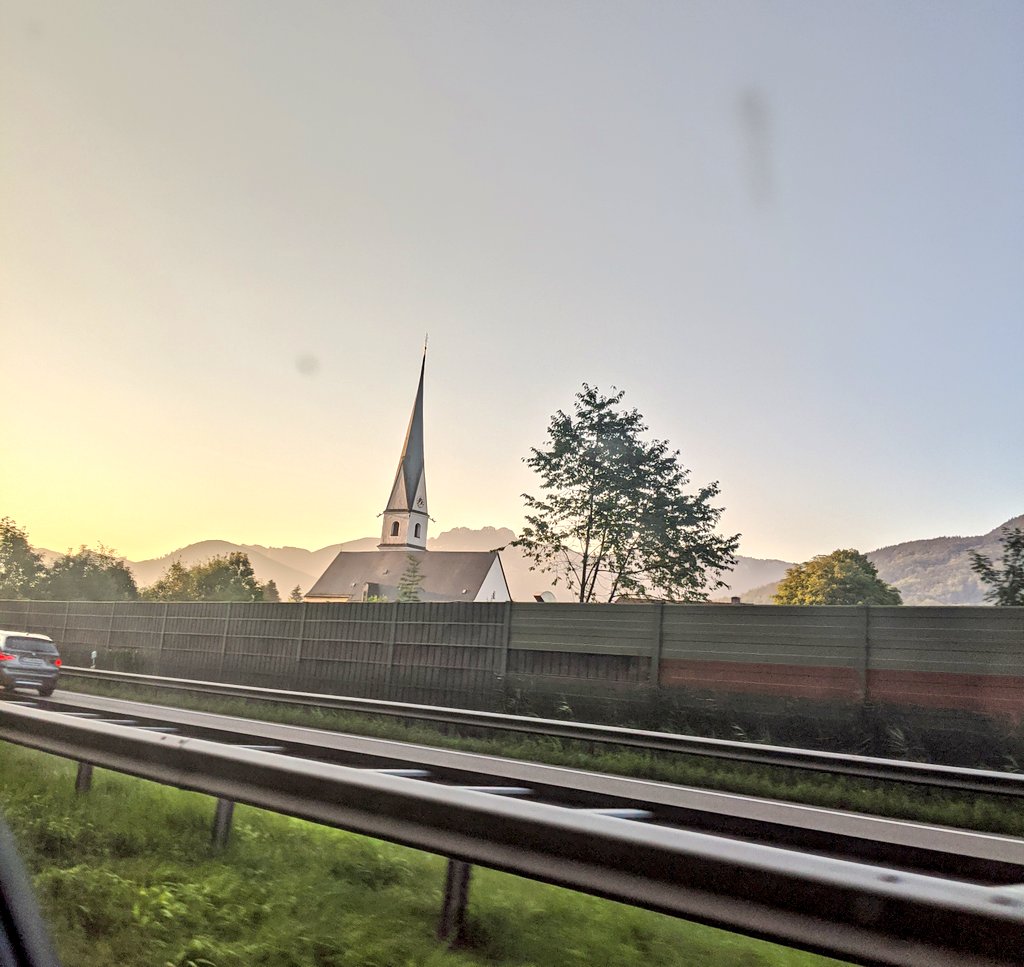 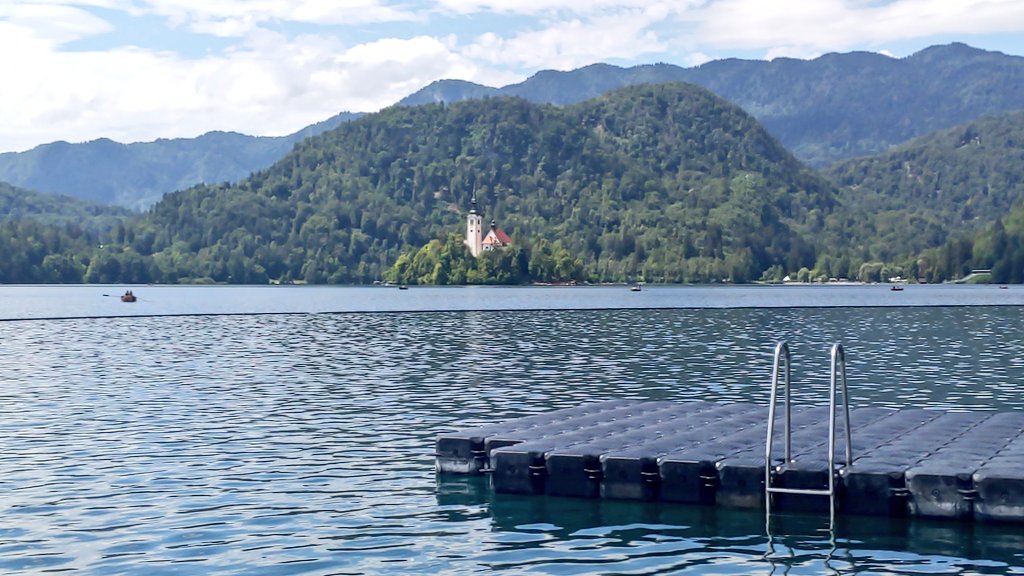 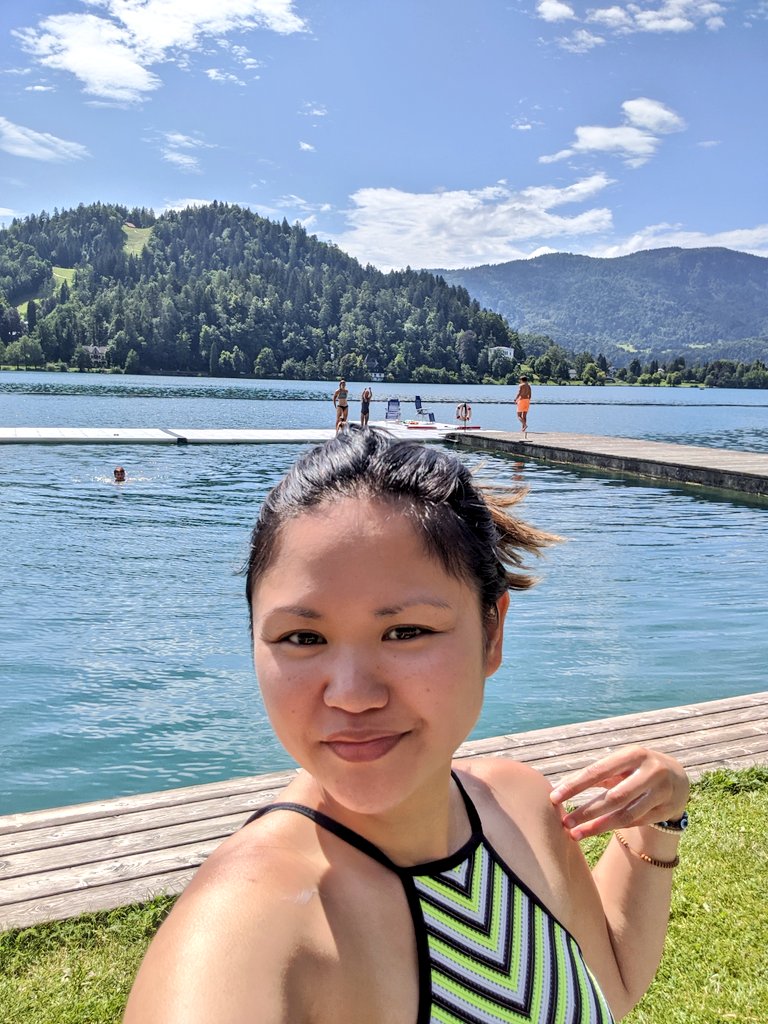 Theatres are closing permanently and thousands of jobs already lost - please join me and sign the petition demanding the emergency funding is released now: platform.organise.org.uk/campaigns/save… Retweeted by ALL BLACK LIVES MATTER🌸🎶🎭

ALL BLACK LIVES MATTER🌸🎶🎭 1 week ago

ALL BLACK LIVES MATTER🌸🎶🎭 1 week ago

Happy Sunday ☀️to you all! Greetings from a warm campsite on the border of Croatia. #🇸🇮 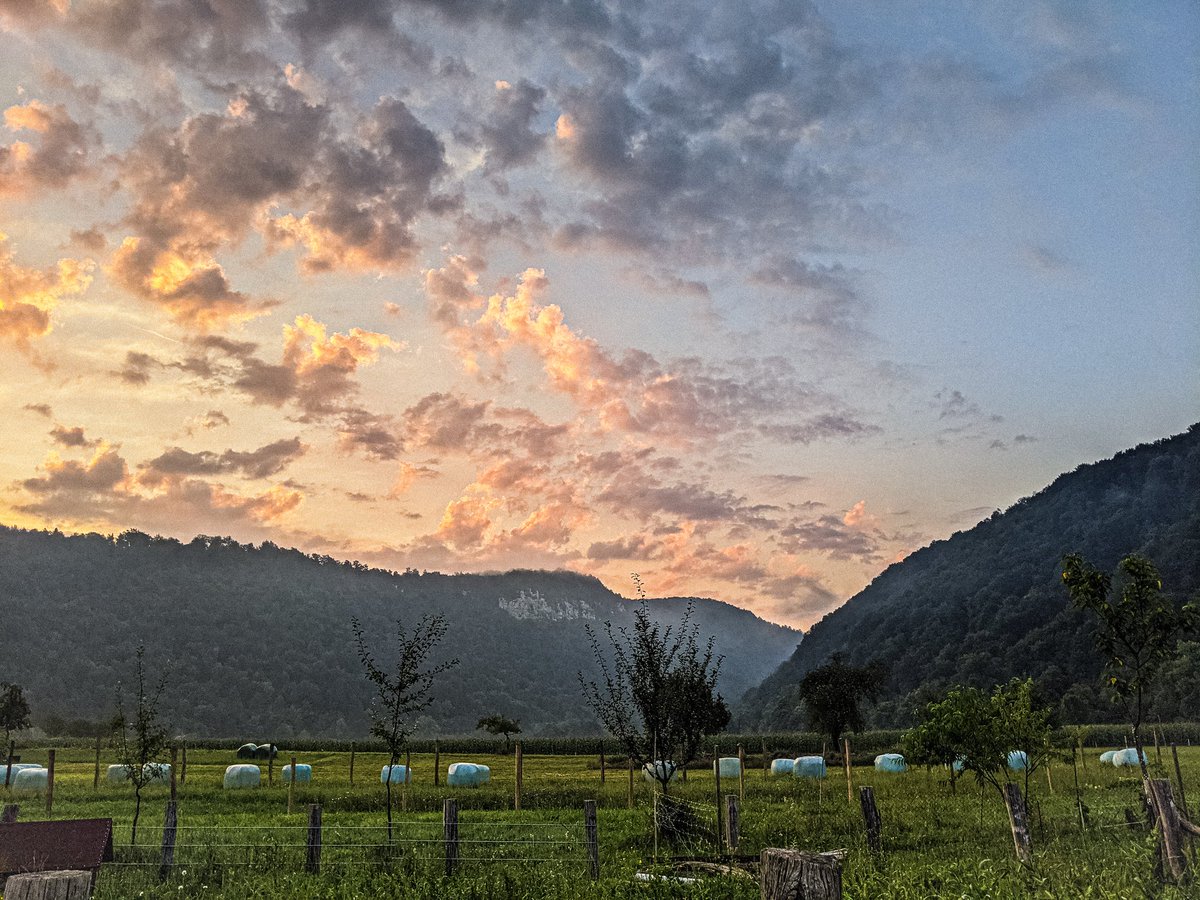 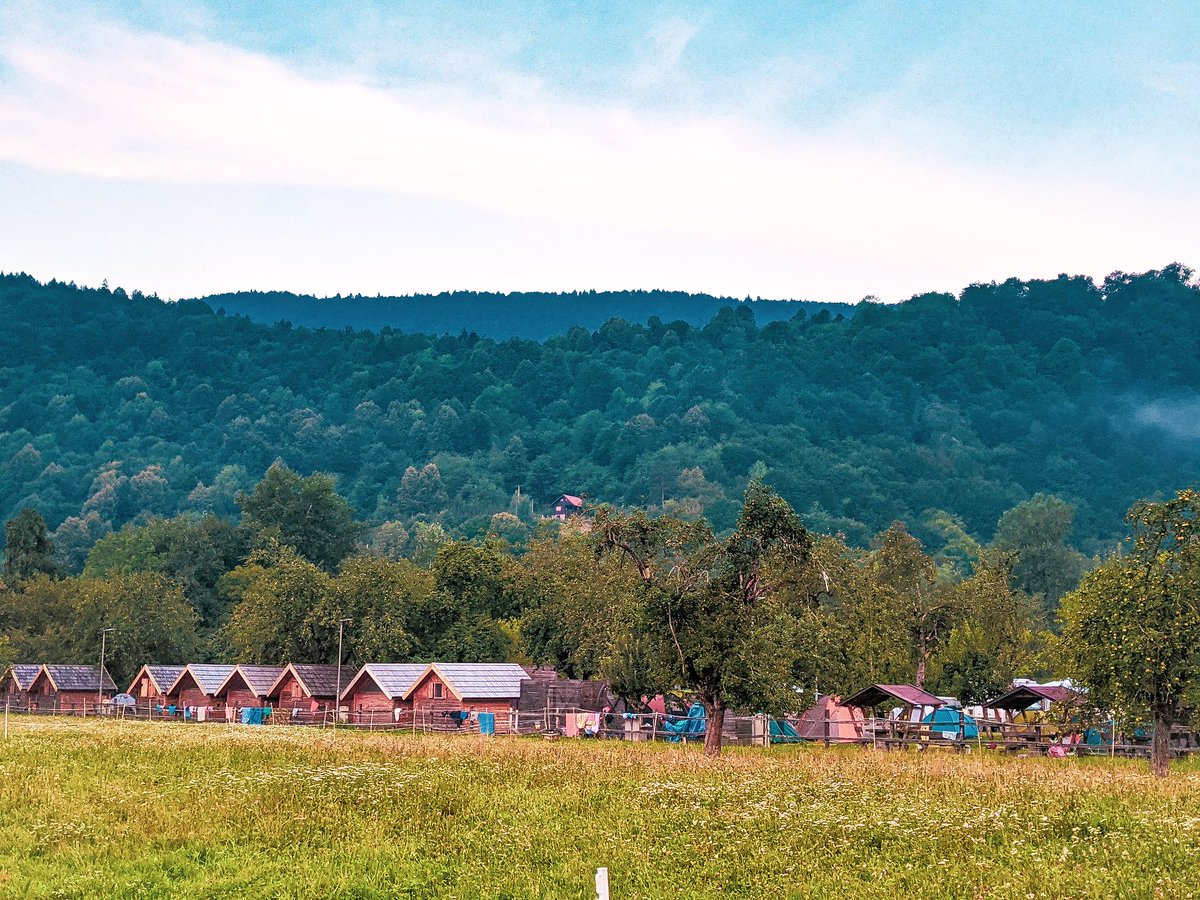 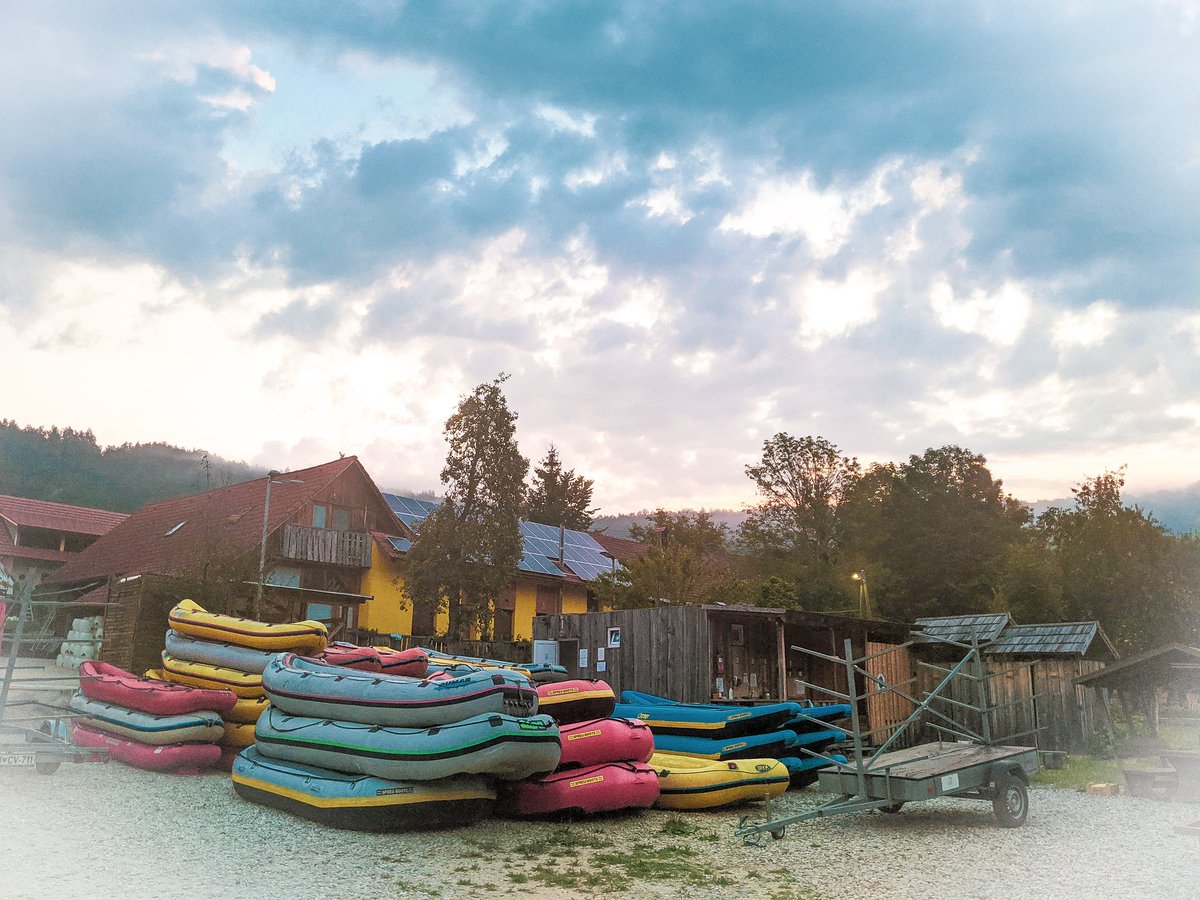